Created specifically for the brewing industry, the patented MISCO Digital Beer Refractometer is not just a re-purposed Brix refractometer. MISCO Pro-Brewing scales were scientifically derived from a beer model with a complex sugar profile, which is strongly influenced by maltose, and specific to wort. As there is very little sucrose in wort, measurements and temperature compensation will be more accurate than sucrose-based Brix refractometers.

Recommendation: We recommend that you choose a refractometer with the Wort Dissolved Solids scale in place of Brix, or °Plato units. The Dissolved Solids, Specific Gravity, and Brewer’s Point scales are based on the mathematical relationship between true wort sugars and refractive index, so it is NOT necessary to use a refractometer correction factor when plugging their readings into beer calculators. In use, the Dissolved Solids measurements will provide a more accurate indication of true sugar content and can be used interchangeably with Brix, °Plato, and Balling units in calculators and equations. Conversely, the Brix, °Plato, and Balling Scales are based on the relationship between sucrose and refractive index and DO require a correction factor. Furthermore, all of the MISCO Pro-Brewing scales are more accurate since they are temperature compensated specifically for wort, compared with sucrose compensation in a standard Brix refractometer.

If you cannot find a pre-built beer refractometer from the list below, try our Build-Your-Own section, or call for a custom model. You can combine the beer scales with a propylene glycol scale for wort chillers and refrigeration systems, add an alcohol by volume scale, or even add one of our wine scales if you desire. 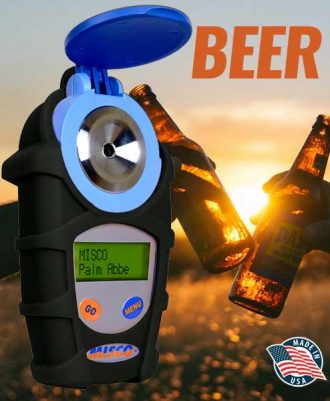 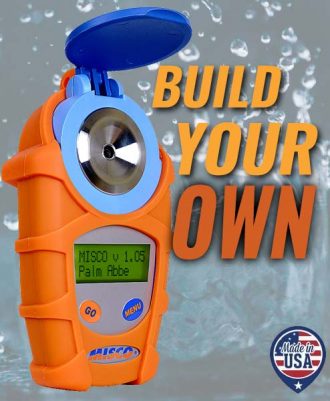 Build Your Own – Select up to 5 Measurement Scales